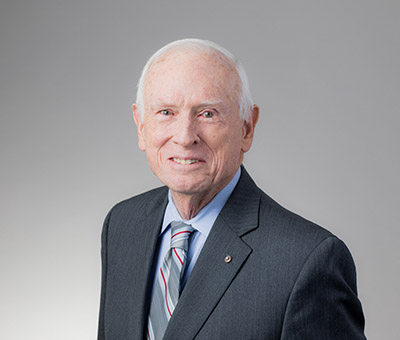 Mr. Brock served Brock for 45 years and was admired and respected in the contract foodservice industry. Lynmar succeeded his father and the company’s founder, Lynmar Brock Sr. in 1962 and began to pivot the business away from mobile catering towards business cafeterias as American workers moved from factories to offices. In 2001, the company expanded its reach to serving independent school clients.  Upon Lynmar’s retirement in 2007, Andrew J. Brock assumed the role of president and chief executive officer.

Mr. Brock was born in Bryn Mawr, Pennsylvania, and resided in Havertown, Pennsylvania, during his early years. He received a B.A. degree from Dartmouth College and an MBA from Dartmouth’s Tuck School of Business. Before joining Brock full-time, Lynmar served in the U.S. Navy, leaving active duty as a full Lieutenant, and he continued to serve in the naval reserves. In addition to his devotion to Brock, Lynmar was passionate about his involvement with the service club Rotary International.  He held several leadership positions, including chairing the Rotary International Committee for Afghan Refugees that helped relocate 50,000 displaced refugees.  Upon his retirement, Lynmar began writing historical novels, and he published four currently available on Amazon: Must Thee Fight, In This Hospitable Land, Genevieve, and The Inn of Ten.

Please note that our website terms have been updated. By continuing to use this website, you agree to the website’s updated Terms of Use and consent to the collection, use, disclosure and transfer of information as described in this website’s updated Privacy Policy. Please also note that you are accessing a website which is designed for and targeted to U.S. audiences and is governed by and operated in accordance with U.S. laws.
X
Manage consent

This website uses cookies to improve your experience while you navigate through the website. Out of these, the cookies that are categorized as necessary are stored on your browser as they are essential for the working of basic functionalities of the website. We also use third-party cookies that help us analyze and understand how you use this website. These cookies will be stored in your browser only with your consent. You also have the option to opt-out of these cookies. But opting out of some of these cookies may affect your browsing experience.
Necessary Always Enabled
Necessary cookies are absolutely essential for the website to function properly. These cookies ensure basic functionalities and security features of the website, anonymously.
Functional
Functional cookies help to perform certain functionalities like sharing the content of the website on social media platforms, collect feedbacks, and other third-party features.
Performance
Performance cookies are used to understand and analyze the key performance indexes of the website which helps in delivering a better user experience for the visitors.
Analytics
Analytical cookies are used to understand how visitors interact with the website. These cookies help provide information on metrics the number of visitors, bounce rate, traffic source, etc.
Advertisement
Advertisement cookies are used to provide visitors with relevant ads and marketing campaigns. These cookies track visitors across websites and collect information to provide customized ads.
Others
Other uncategorized cookies are those that are being analyzed and have not been classified into a category as yet.
Save & Accept